This featured photograph is in the top 5 of my favorite wedding photos. I always wanted to “Jump the Broom” when I got married. But I never knew the one God kept for me would be African. Why would an African man want to Jump the Broom?

Wedding Planning causes so many unnecessary disputes for newly engaged couples. So when it came to the Broom subject, I just had to prepare for a showdown like any lawyer would, right? Well. Not really! In my researching the origins of Jumping the Broom, I learned a ton of information about marriage rituals in other countries and how they also use the Broom.

Apparently, jumping the broom was not a custom of slavery, but it is a part of African culture that survived American slavery. To be specific, Ghanaians used brooms. According to the African American Registry, brooms were waved over the heads of marrying couples to ward off spirits. The couple would often but not always jump over the broom at the end of the ceremony. Jumping over the broom symbolized the wife’s commitment or willingness to clean the courtyard of the new home she had joined. Furthermore, it expressed her overall commitment to the house. It also represented the determination of who ran the household. Whoever jumped highest over the broom was the decision maker of the household (usually the man).”

However the most interesting part of the history is that the broom in Asante and other Akan cultures also held spiritual value and symbolized sweeping away past wrongs or removing evil spirits. I’d like to think that Lekan and I jumping the Broom symbolized forgiveness towards an Institution — slavery — that might have kept us from joining as husband and wife. But by the Grace of God, here we are. We literally jumped over the pain of the past wrong doings of slave traders and sovereigns to be spiritually re-connected with one another.

Sit with that for a minute.

I was thinking of Proverbs 31 after my devotions the other night and recalled the history of the Broom and how it reinforces what the Bible says about a virtuous woman. The Bible essentially challenges women to be the Queen of the Castle – always keeping an eye on the household. We are charged with being the spiritual protectors of our home from literally sweeping away evil spirits to supporting and anticipating the needs of our husbands to improve his standing in the community.

To be honest, my feet were killing me after the wedding ceremony. So I’d say my husband had an unfair advantage to jumping higher than me. I was just trying to land with out stumbling.

Clearly, we don’t need to jump higher over the broom into the land of matrimony to show who runs the household. By being a Wife, our role is God ordained. 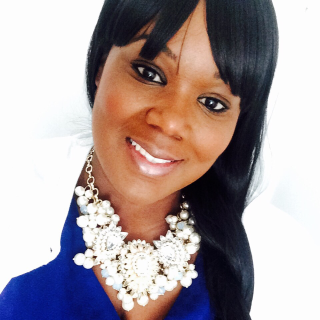 Tuesday morning mood. S/O to my baby Iwalewa who is always ready for a photo 🤣 #ToddlerLife #ToddlerBehavior #YorubaGirl #Iwalewa #NigerianWifestyle
#NationalSpouseDay #throwback #NigerianCouple #BlackWivesMatter
Heaven couldn’t wait for you. May your soul Rest In Peace. 💜💛🙏🏽
Happy Friday from Iwalewa! 💕 #NigerianWifestyle #YorubaGirl #ToddlerLife #TGIF
Ayotunde is climbing stairs. 💙 It’s the little things that make me so happy. Ayo is killing it with so many developmental milestones these days. I’m grateful to God for a happy, health, sweet baby boy. 💙 #LagosBoys #Yoruba #BlackBoyJoy #Mamasboy #NigerianWifestyle
This week on my Podcast - Married to Nigeria - I chat with a friend from law school about marrying a man from Senegal 🇸🇳 - This episode is for all the women who have experienced disappointment in love and are fearful of stepping outside of the proverbial box. Amanda speaks so beautifully about finding the courage to give life and love another try. Find the episode on Apple/Google Podcast. You can also visit our website: www.marriedtonigeria.com #BlackLove #BlackAmerican #Podcast #PodcastNigeria #Husbands #HubbyOfLife #Hubby #PodcastingWhileBlack #PodcastLife #BellaNaijaWeddings #nigeria #naijamusic #afrobeats #Senegal #senegalesewedding #SenegaleseLove #WestAfricanLove